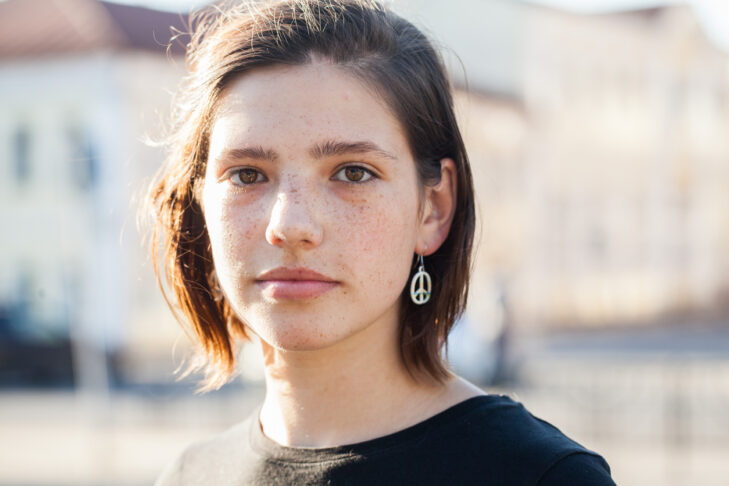 “To everyone who has felt different, lost and forgotten or invisible, this handbook is for you. The worriers, the studious, the creative, the popular kids, the conformers of levels and you, too, whoever you are; you are beautiful, messy humans. You belong here with us. You aren’t alone. Stay up late and read these pages with a flashlight under your covers and maybe tomorrow, you’ll reach out across the room with words to catch a kid who is falling.”
—Heather Gold in “I Don’t Believe in Popular Kids: One Girl’s Fight for Inclusion”

The knot in your stomach before school starts. The desperation to find someone, anyone, to sit with at lunch. The longing to blend in, to get home safely, to be left alone, to just be liked. Bullying is a torment for so many kids—according to the National Bullying Prevention Center, 20% of American kids report being physically or emotionally bullied.

One 13-year-old autistic girl wasn’t going to take it anymore, so she wrote a zine with her mom. Liz and Heather Gold—pseudonyms for a mother-daughter pair living as non-Jews in an Orthodox neighborhood in Oregon—wrote “I Don’t Believe in Popular Kids: One Girl’s Fight for Inclusion” about Heather’s experience in a conformity-oriented elementary school. (She has since switched to a less traditional charter school.) With chapters such as “Honor Your Weird,” they hope to make families feel less alone, to teach kids that it’s OK to speak up and to show how to be yourself in a world that so often values sameness.

I spoke to both of them, on the condition of anonymity, about the book.

How did this book help you cope with the bullying?

Liz: Heather was really bullied in her fifth-grade year, when she was 10. I realized that to dig into this incredibly tender and difficult situation, it might be best to write together. So, I had her sit with me and tell me what happened, how she felt about it. I kept my laptop up, and we would have these writing sessions where she could just use her metaphors and give me language and information about what had happened at school, and then that became the genesis of this project.

What was going on? How bad was it?

Heather: It’s been pretty bad my whole life. It started in kindergarten. I can be super-friendly sometimes, but then again, I can be a grouch sometimes, so I go back and forth. I am autistic, and I’m proud of it, and I don’t care if the world knows that I’m autistic. … My brain is constantly functioning weirdly, and we think that’s happened my whole life. I’ve had it since I was born.

Liz: And she had no accommodations, no special ed, no diagnosis. And I think not having labels for why she was different allowed her to become more of a target.

And so it peaked in fifth grade? What happened?

Heather: [One girl] Leena was having a sleepover on a Friday night, and they were talking about it in front of me constantly, and then I asked if I could join. They were like, “Oh, sorry, you’re not invited, maybe next time.” And then when the next time came around, it was the same response: “No, sorry, next time.” I [told them] I was on these anti-depressant meds, and they said it would make me die young.

Liz: So, verbal threats, and physical stuff, too.

Heather: They cornered me in the hallway. It was like a bunch of kids who said, “You have to sign this paper, and that means we get to do whatever we want to you. You’re not allowed to do anything to us.” But they were lying. They wouldn’t be able to have any contact with me, and I would not be able to have any contact with them—but when most of them started attacking me, I was the one who ended up getting in trouble because I got so mad I exploded, and I ended up hitting and punching them. 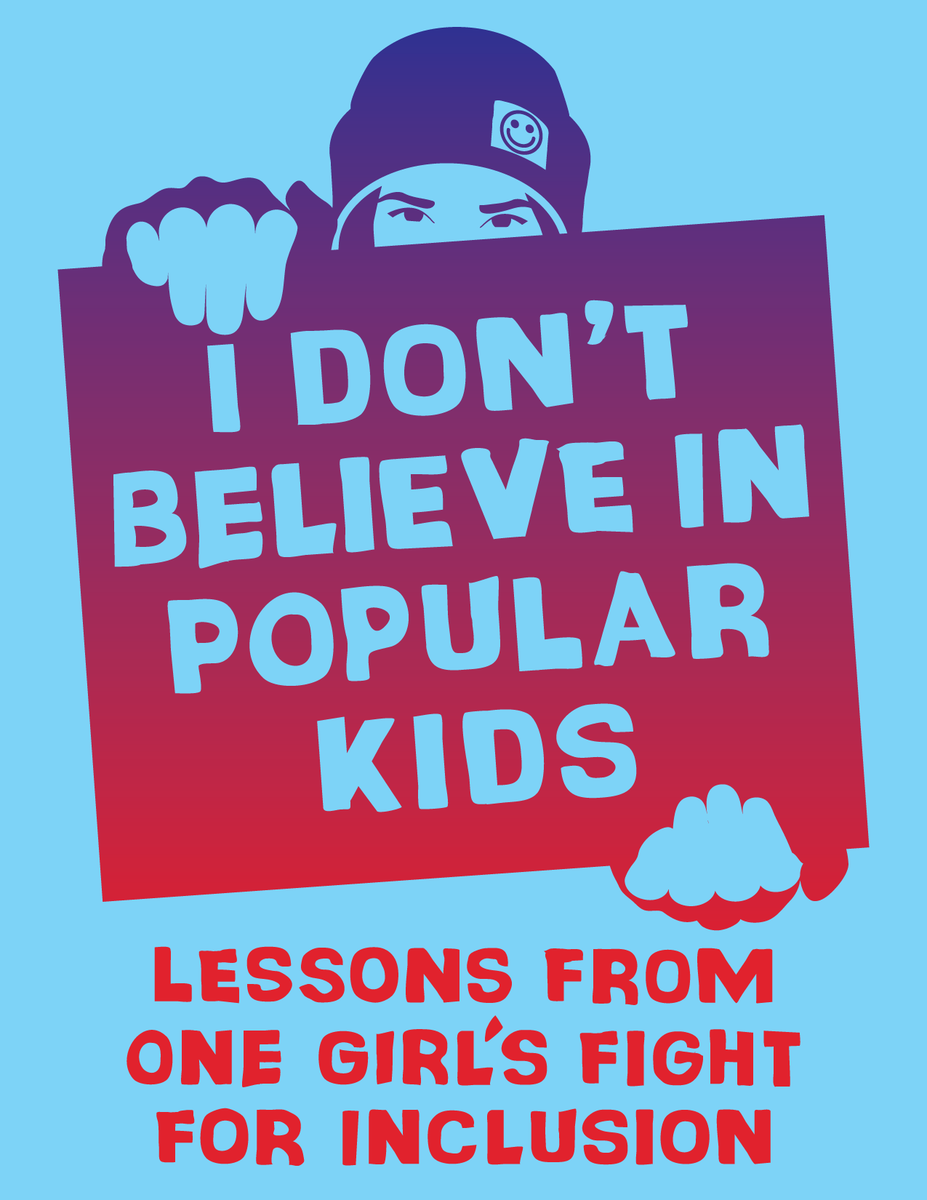 Liz, as a mom, what was it like to know this was going on in your community?

Liz: Well, it’s a small public school that is admired, and it has a good reputation, and I think that’s what made it so striking to me that she could fall so deeply through the cracks. Heather kept getting in trouble, and we couldn’t figure it out until we realized that a group of children was targeting her. They made her look funny. They touched her body, and they touched her shirt and tried to cinch it up to make her look like she was showing her skin, saying that it would make her popular. They said they would do a play date with her if she did embarrassing things on the playground or in the gym.

Heather: Yeah. They dared me to eat this piece of candy that was in one girl’s mouth that she spit out in this soapy sink.

Liz: She ate that piece of candy because they said they would like her and would be nice to her and play with her. So, by fifth grade, the manipulation was much more difficult for her to understand, especially because we didn’t know how her brain worked differently. They were just able to see all of her weak spots and circle her until she lost it.

Did you suspect anything before fifth grade that would have led you to seek a diagnosis?

Liz: Well, absolutely. Heather always struggled with social relationships and figuring out what was expected of her as a friend or expected of her in a class. She has really strong leadership qualities, and so she would make a leadership-type statement in second or third grade in the classroom that wasn’t appropriate coming from her. It should have come from the teacher.

When we first went to get her diagnosed, she was diagnosed with PTSD for bullying because she had been so badly bullied, and malnutrition because they made fun of her lunch so she didn’t eat at school anymore. By the time we were looking for a diagnosis, I came back to, “But why was she bullied? We have all our techniques, all of our social skills practice; why has she continued to be a target?” And then I think I wrote a seven-page letter of descriptions of behaviors and anecdotes that I gave to the doctor and they said, “OK, I guess we’ll test for autism also.”

Why do you think the bullying continued?

Liz: Heather stood strong, and she spoke back and defended herself, and I think that’s why she was such a target for them. If she had cried and gone home and stopped speaking up, she might not have drawn that kind of ire. But because she came to school every day, present as herself with her own identity and her own belief system and her own insistence that she belonged there, and that everybody who’s different belongs in the classroom, those kids had a hard time with her. That’s why I think they didn’t just let it go.

How has the book helped others?

Liz: One of the really amazing things we’ve done is that Heather visited a class of principals, vice principals and administrators and told them her story. They thanked her and shared their own experiences and talked about bringing Heather’s words back into the classroom and back into their school buildings. There are “weird kids” in every school, and a lot of the time they are pinpointed as the trouble, instead of the climate of conformity and the meanness and the teasing that happens when the teachers’ backs are turned. The classrooms are overcrowded. Everybody’s trying to do the best they can in school, but kids like Heather can fall through the cracks, and she totally did.

How has the bullying affected your family?

Liz: It affected our social dynamics entirely as a family because when Heather came home from school, she would just break down.

Heather: I called myself a monster. I’d hit myself. I’ve done a lot of horrible things to myself, but I’m coming out of it with a smile.

Liz: Definitely the family dynamics have been thrown off and changed irrevocably because of the experience that Heather had, but she has also taught us all how to be brave and how to stand up for ourselves. I’ve always been very quiet and shy as a human, and I have a kid who stands up for what’s right. At her new school, she has countless times spoken up for LGBTQ rights for her friends. She’s spoken up against racism and intolerance and injustice and definitely a lot of misogyny, sexist talk that comes and goes. She calls them out on the playground. She says, “This isn’t OK.”

Here are Liz’s top lessons as a parent of a bullied child: 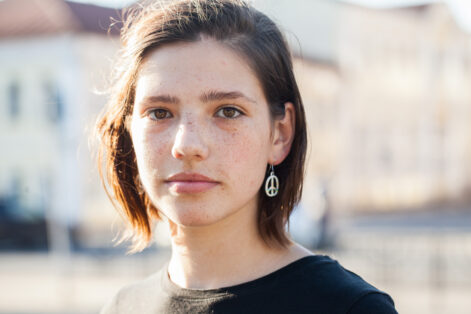 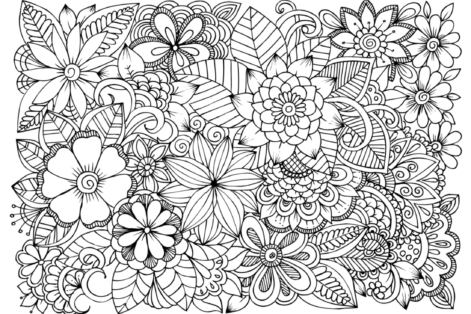