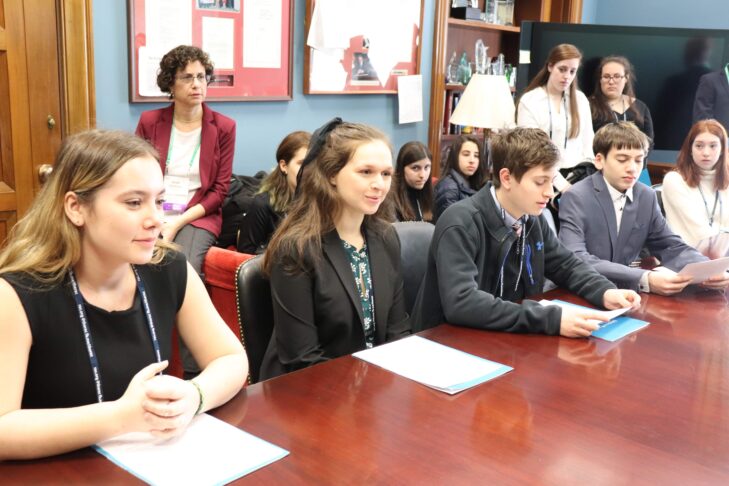 This post is part of a series of lobbying positions from teens who attended the L’Taken Social Justice Seminar in Washington, D.C., with Jewish Teen Initiative of Greater Boston. Sponsored and coordinated by the Religious Action Center for Reform Judaism, L’Taken engages and empowers thousands of Jewish teens from throughout the country each year, helping to turn their passions into action. JTI Boston is proud to partner with the RAC and offer this opportunity for teens in our community.

The following was written by teens and delivered by them to the offices of Sen. Markey and Sen. Warren on behalf of Temple Shir Tikva in Wayland, Jewish Teen Initiative of Greater Boston and the Religious Action Center of Reform Judaism.

Everyone in our country is touched by mental health problems. Not only do 1 in 5 adults experience mental illness, but 1 in 6 children ages 6-17 experience serious mental health disorders every year. Although many suffer from diagnosed mental illness, few receive the care they so dearly need. Due to its persistent societal stigmatization, there is an average delay of 11 years between the onset of mental illness symptoms and their ample treatment. Accessing treatment is especially difficult for rural Americans, LGBTQ+ Americans and people of color. This lack of treatment isn’t due to a lack of trying, as 56% of U.S. adults sought mental health treatment for themselves or others last year; however, only 43% of U.S. adults were able to receive the treatment they needed.

Schools provide a trusted environment for struggling youth, which is why students are over 20 times more likely to visit school health centers than community centers. Unfortunately, schools often lack the capacity to both identify and adequately treat mental disorders in the status quo. Over 90% of public school students go to schools that fail to meet professional staffing requirements for counselors, social workers, nurses and psychologists, leaving all school health professionals overburdened and stretched far too thin.

My connection with Judaism is directly tied to its people. In moving around the country, the Jewish communities I have encountered have done nothing but embrace me with unconditional love and supported me in times when I felt the utmost loneliness. It was my choice to become so enamored by the Jewish community; my family never belonged to a temple nor provided the resources necessary for me to start my own Jewish journey. It was the people that attracted me, the smiles, the services and the lifelong friendships that span the globe.

As an active teen in the Jewish community, emphasis on mental health is everywhere. In the traditional Mi Shebeirach, the prayer for healing, we pray for a complete recovery of the body and spirit. While there is a distinction between the two sects of health, physical and mental health are regarded as equal in the eyes of God.

As Jewish scholar and physician Maimonides writes, “When one is overpowered by imagination, prolonged meditation and avoidance of social contact, which he has never exhibited before, the physician should do nothing before he improves the soul by removing the extreme emotions.” In this sense, mental health sometimes supersedes that of physical health, and it is only until the mind is clear that the body can truly heal.

Maimonides also listed health care as the first on his list of the 10 most important communal services a city must offer its residents if the city is found to be worthy for a great scholar to live there, emphasizing the need for state and federal involvement in improving societal health. I am lucky enough to have found my Jewish identity at such a young age, but for some, their journeys are just about to begin.

The Jewish community is rooted in the well-being of all, regardless of religion, color or identity. The values of community and mental well-being are universal, and I would not be doing my part if I didn’t share the support with all who are struggling.

I’ve struggled with depression and anxiety my entire life. I had been bullied since elementary school and suffered the loss of a grandparent whom I loved dearly at an early age. I didn’t have many friends and preferred to spend time in my room rather than out and about.

The winter of sophomore year, I was called to the guidance office in the middle of English class. I was nervous, anxious I was in trouble, as people rarely get called in. As it turns out, my best friend had reported me to the school for suicidal ideation. For a few weeks, I had been ranting to my friends over Snapchat about the dark times I was going through. I had stopped attending therapy about a year prior, and wasn’t on any medication, as I felt I was improving and didn’t connect with my therapist. I was hitting rock bottom. I felt like an outcast, like a loser.

At the time, the only thing keeping me alive was my lead role in the fall musical. I didn’t want to let anyone down, as everyone had worked so hard to put on an amazing show. But with the final performance only two weeks away, I was running out of time.

At first, I was really upset with my friend. I had trusted her with my feelings, and she reported me to the school! What kind of a friend was she? Despite how I felt, I cooperated with the school. I told my guidance counselor everything. And she helped me. She communicated with my parents and helped set up an evaluation at a nearby clinic.

After missing two play rehearsals the week before the show, and spending hours in and out of clinics, I was cleared. I went back to school and began to work with my guidance counselor on finding a new therapist that would be a better fit for me.

For the rest of the year, I went to guidance at least once a week, checking in on how I was doing. Because of my friend, my school and my guidance counselor, I am still alive today.

Two years have now passed, and I have not had any suicidal thoughts since. I have become a strong leader in my community. I am so blessed that my school has the mental health resources I needed in order to get the help I need. The majority of students all around America do not have that, even if they attend a more privileged school. I can’t even imagine what would have happened if I was in a school that didn’t have the necessary resources.

Under this legislation, $2 million will go to help schools partner with community mental health professionals. Their professionals will provide care personnel on-site to recognize mental and behavioral issues. This will also facilitate community partnerships to improve mental health education.

Senators, by sponsoring Bill S.1122, you will not only be helping children and teens with mental health issues, but you will be treating the issue of mental health for all of America. Thank you for your time and support.

Coffee With Leah and Margie

Choose Your Own Adventure Seder

Free Coaching Available for Parents of Children With Disabilities

Don’t Let COVID-19 Stop You From Changing the World

We Support Teens and Teens Support the Community 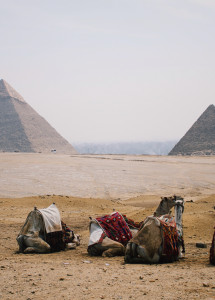