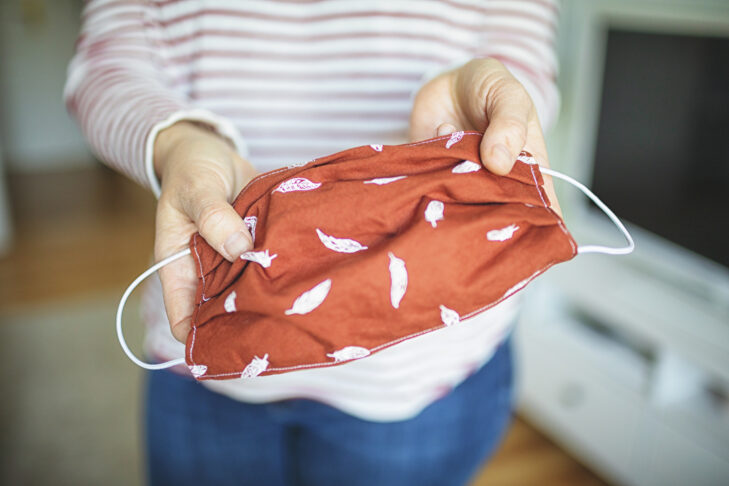 My tween is beginning to hit many rites of passage: bar and bat mitzvahs for friends’ older siblings, graduations (he’s on to sixth grade next year—sob), his first time at sleep-away camp (yikes).

And it’s made me wonder if these milestones contain more gravitas in light of the past two-plus years. In my other life, as a restaurant reporter, I hear all the time about how much pent-up demand exists among people eager to let loose and live life to the fullest after so much time in isolation.

But I’ve also noticed that “fullest” takes on a new meaning now; it doesn’t necessarily mean “most expensive” or “fanciest.” I’m thinking about my friend’s daughter, whose bat mitzvah (a ritual that celebrates its 100th anniversary this year!) was canceled due to COVID. Instead of re-staging her party once case counts went down, she had a meaningful virtual service that was easy to hear and appreciate—followed by a small trip among a few close friends.

Kate Hadden hosted her son Evan’s bar mitzvah at Kimball Farm, an ice cream stand known for bumper boats. They had a tent and a DJ, but the event was “casual and kid-focused,” she says.

“We had originally planned to use our temple’s space, but because of COVID uncertainty and the temple eventually pivoting to no food at the time he was having his, we wanted something outdoors,” she says. “We incorporated a lot of traditional things like candle-lighting and dancing the hora, but I think it ended up being a great mix of kid-focused fun and a traditional celebration.”

Heidi Aaronson’s family also did a bat mitzvah pandemic pivot, from a large party to a family trip to Hawaii.

“I would have hated to have my daughter’s heart set on something and need to cancel or change it. Restrictions are constantly changing, people are getting sick, et cetera, so while we always knew we would give her the option of a trip or a party, I think COVID definitely helped sway her decision. I don’t think she has any regrets,” she says.

In fact, the trip is ultra-personal. Now she gets to pick activities, from zip-lining to parasailing to a surfing lesson.

Johanna Dross Edelson also feels like her son’s bar mitzvah carries more weight post-pandemic, and so the family is relishing their party plans. Her mother died from cancer two days before the lockdown, and her son’s original celebration was slated for November 2021. The rescheduled event will happen in a couple of weeks.

“It will be a big party. One of my childhood friends called me today about our testing requirement for the party and was worried that people would test positive and wouldn’t come, and that I’d have to spend a lot of money on people who couldn’t come at the last minute. I told her: ‘The most important person to be there, my mother, won’t be, so I can deal with other disappointments.’

“A lot of people will say things like, ‘I made it small, focused on what was really important, had a small dinner,’ and I respect that, but the big celebration we had always dreamed of became increasingly more important with the juxtaposition of my mother’s death and the start of the pandemic,” she says.

Last week, my fifth grader was slated to attend a town-wide mixer intended to introduce kids in other neighborhoods before graduation and middle school. It was the talk of the grade. Kids were asking each other out (until the teachers got wind and quashed it). People were chattering about who liked whom. It was a big deal. And then it was canceled due to rising COVID cases in our town. It was one more false start after an avalanche of annoying disappointments, and my son was bummed.

Did he really care about a dance? Not especially, although he wanted to test out new sunglasses and eat pizza with his friends. His sadness was about adjusting to one more change of plans. But there was a huge silver lining: a mom in our neighborhood took matters into her own hands and designed a block party for our immediate school with basically one week’s notice.

She closed the street, hired a DJ, got some pizzas and the kids ran around and had a blast. It wasn’t what they expected, and it broke with many years of tradition—but it ended up being way better than an awkward dance, actually. Kids chose the music, the DJ lent them the mic for shoutouts and it was personal, with people they’d known since kindergarten.

It felt like a triumph. Knowing they could still have fun despite even more restrictions was its own reward. As this long road out of COVID continues to meander and detour, sometimes it’s nice to remember who’s driving, no matter what you’re celebrating.

Kara Baskin
Kara Baskin is the parenting writer for JewishBoston.com. She is also a regular contributor to The Boston Globe and a contributing editor at Boston Magazine. She has worked for New York Magazine and The New Republic, and helped to launch the now-defunct Jewish Rock and Roll Hall of Fame. Email her at kara@jewishboston.com.
Edit
CJP Teen Engagement Network End-of-Year Celebration