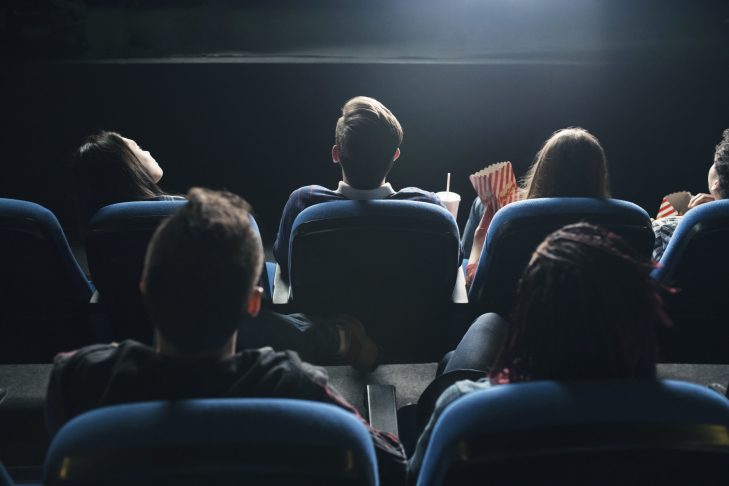 Boston Jewish Film (BJF) is educating Boston-area students about antisemitism and racism through a unique program called the School Initiative to Combat Antisemitism (SITCA). BJF, which runs the Boston Jewish Film Festival, started SITCA several years ago for middle and high schoolers. SITCA holds screenings for public and private schools in the Greater Boston area, showing films from a selection that runs the gamut from feature to documentary to short. After each film, an expert makes a post-screening appearance for an active learning session.

“We found our approach—use film to get middle and high school students to connect with stories around antisemitism, racism and hate, then bring in someone from the subject matter, a character in the film or an expert in the subject—to be an extremely effective and efficient way to face the rising tide of antisemitism,” said Ken Shulman, president of the BJF board of directors.

“Many organizations are fighting the fight,” he said. “We’d like to do our part with the tools best at our disposal—films, experts and actors who know how to make real connections to kids.”

“We have a whole menu of films, with specific grades they’re catered toward,” said Joey Katz, director of special programming for BJF, “on topics not only [including] the past, the Holocaust—those are important issues—but also talking about what’s going on today. Because antisemitism, unfortunately, is still a major issue, more so than it has been the last couple of decades…We educate kids about the past, the present—and hopefully start some conversations about working towards a better future.”

BJF receives an annual grant from CJP; SITCA is currently funded by several private donors. Shulman called CJP “very supportive of everything we do,” and described the private donors as “very generous, very committed.” He expressed a hope that in the future, SITCA will become eligible to apply for grants.

SITCA arose through individual efforts by BJF board members to have Boston-area schools host screenings of films tackling antisemitism. One board member connected with a school to show “The Crossing,” a 2020 Norwegian film about two children in the Scandinavian country who help young Jewish refugees during World War II. Afterwards, the students got a classroom visit from the board member’s Norwegian cousin, who had a similar wartime experience to the refugees in the film.

Another film that SITCA offers is “Once in a Lifetime,” a 2014 French production about a diverse, inner-city high school on the outskirts of Paris. The student body includes African immigrants, as well as Jews and Arabs. In a fictionalized version of actual events, a history teacher finds an unexpected way to bring her class together—through participation in a national project about the impact of the Holocaust on young people in France.

“What we try to do with a film is, we try to tap into or capitalize on the sympathies, imagination and interests of the students who see these films,” Katz said. “We know which subjects to start on—not just Jew-hatred, but all forms of hatred.”

Asked in a follow-up email whether SITCA’s programming addresses anti-Zionism, Shulman replied, “SITCA also aims to unravel where anti Zionism conflates with antisemitism, and expose those instances where anti-Zionism is just a mask for simple Jew hatred.”

The films available through SITCA “are not the typical kind of narratives we see when thinking about antisemitism and the Holocaust,” Katz said. “I think it’s also one of the unique things about our program.”

In this aspect, SITCA differs from BJF’s year-round festival programming.

“This is a new venture,” Shulman said. “It’s for communities who may know nothing about Jews, or what they do know is false or negative. We’re combatting antisemitism. The way to do this is go places where antisemitism exists.”

“The program can be customized,” he noted. “We meet with the teachers and staff, who help choose a film. We choose an expert who will be most effective. Normally it’s a short presentation. There may be a little bit of prep work. Afterward, we try to engage with what they’ve seen…Were they surprised? We try to get a visitor the kids can connect with…hopefully someone who speaks their language, who doesn’t meet the stereotype of what a Jew is, who helps break down preconceptions.”

Although most of the SITCA screenings were held at schools in Massachusetts where a BJF board member had a connection, including in Wayland, Newton and Allston, a screening was also held in Duxbury following a controversy last year in which members of the high school football team reportedly used the term “Auschwitz” as a code name for a play in a game; a subsequent report found that team members had used other terms associated with Judaism for this purpose, dating back to the early 2010s.

“We can’t, in one or two sessions, erase every stereotype kids grew up with,” Shulman said. “We really want to make tiny cracks in the wall and open the way towards understanding.”

Rich Tenorio
Rich Tenorio covers antisemitism news for JewishBoston.com. His work has appeared in international, national, regional and local media outlets. He is a graduate of Harvard College and the Columbia University Graduate School of Journalism. He is also a cartoonist. Email him at rich@jewishboston.com.
Edit
PFLAG Support Group for Parents & Caregivers 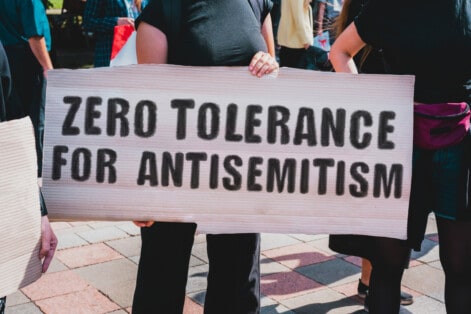 10/19/2022 Edit
Learning How To Respond to Misconceptions About Zionism, Israel and Jews
By Arielle MogoleskoFor Lappin Foundation