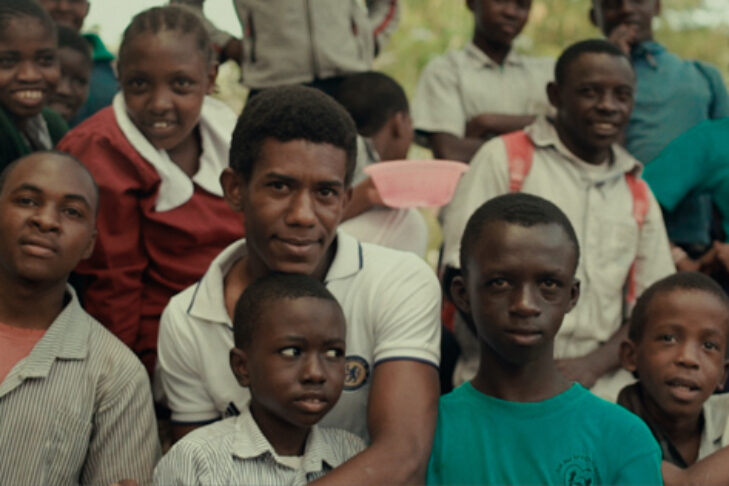 ReelAbilities Film Festival is Boston Jewish Film’s annual tribute to the disability community. This year brings an array of stories and characters, including a look at a group of disabled teens climbing Mount Kilimanjaro, a personal view of service dogs and the veterans they serve, and the magical thinking of two spirited kids, one of whom has cerebral palsy.

In light of recent developments regarding the coronavirus (COVID-19), the festival will screen online from March 22 to April 2. Find more information and register for screenings here.

At the foot of Mount Kilimanjaro lie the villages of Kilifi County. It’s in those communities that Kupenda for the Children does its groundbreaking work to destigmatize disabilities. Many residents of these villages believe that children with disabilities ranging from autism to cerebral palsy have been divinely punished. In the best of outcomes, these children are hidden. In worst-case scenarios, family members have killed them.

Founded in 2003, Kupenda, which means “love” in Swahili, has instituted home visits, worked on parental education and built schools that upend perceptions of children with disabilities. Kupenda’s volunteers have mentored these children to thrive in academics and play on sports teams.

“Kupenda,” this year’s opening film, highlights the organization’s work and documents a climb to the top of Mount Kilimanjaro. Under Kupenda’s sponsorship, the teenagers attempting to reach the summit, which only 50% of all climbers ever see, endure over a week of plunging temperatures, altitude sickness, severe weather and serious injury.

“Kupenda” focuses on three teens. Fumo is an athletic 19-year-old who stutters and has intellectual challenges. At 16, Hassam is an introverted boy who is deaf, and Mercyline is a strong-willed 16-year-old girl with cerebral palsy. These young adventurers have to conquer physical and emotional challenges, as well as their struggles to communicate with the group at large.

“Kupenda” is a fine example of successfully advocating for disability rights. As a story, it’s also wonderfully suspenseful. What happens to these teenage climbers? Does the group reach the summit of Mount Kilimanjaro? “Kupenda” reveals the answers to those questions, and more.

“Code of the Freaks” 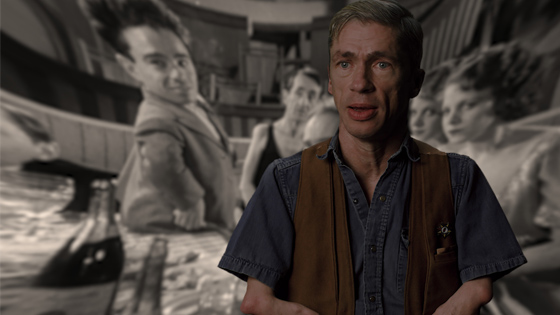 “Code of the Freaks” (Promotional still)

The title of this film—a montage of scenes from a wide range of Hollywood films depicting disabled characters blended with accompanying commentary from writers and scholars—is from a line in the infamous 1932 film entitled “Freaks.” The pseudo-horror film follows a group of carnival sideshow characters seeking revenge on the non-disabled circus performers who have wronged them.

To get a handle on the history of disability in the movies, the film’s director, Salome Chasnoff, has organized these portrayals of disabled characters by theme. There are the blind and the institutionalized, as well as characters that are either killed, cured or elevated into heroes. Their stories often come with a well-worn moral that inspires nondisabled characters to learn valuable life lessons or to love again.

As Chasnoff writes in her director’s statement:

“Movies have the power to shape the beliefs and behaviors of non-disabled people toward people with disabilities, and of disabled people toward themselves. Movies build astonishing fictional worlds where they hold us captive on two-hour journeys, worming their way into our psyches. They shape our expectations in ways we’re not always aware of—especially in cases where the films provide our only references for unfamiliar experiences. We love movies and it’s a powerful love that can be mesmerizing. But the consequences can be toxic.”

To that end, “Code of the Freaks” is a blistering critique of Hollywood’s portrayals of well-known and even well-loved disabled characters.

“To Be of Service” 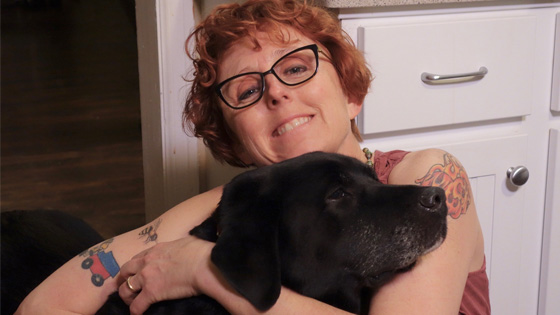 “To Be of Service” (Promotional still)

Josh Aronson’s quiet and personal documentary examines the ongoing effects of post-traumatic stress disorder on veterans of wars from Vietnam, Afghanistan and Iraq. Some of these former soldiers have medicated away the pain with illegal drugs or alcohol. One Iraq veteran’s attempted suicide left him in a coma for almost three weeks. Some are on a heavy regimen of prescription pills. But among the most effective treatments for these traumatized men and women have been the companionship of specialized service dogs.

“To Be of Service” closely follows the complicated lives of these veterans and the salutary effect of having a service dog. These men and women are in various states of recovery, and each of them lives with the consequences of the high cost of war. However, their new canine companions not only provide support but also purpose in their lives. One veteran structures his days around his dog’s walks. Another is triggered by loud noises and relies on her dog to get her through a rough moment with a garbage truck while walking with him.

While therapy, family support and medication can dramatically improve a veteran’s emotional and physical well-being, there is no definitive cure for PTSD. This gentle film portrays how these extraordinary animals epitomize an unconditional love that can change a life.

“Once Upon a Boy” 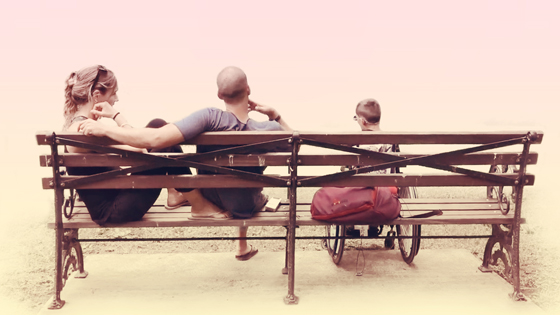 “Once Upon a Boy” (Promotional still)

Ten-year-old Ron, who has cerebral palsy, objects to the word “disabled.” He tells his grandmother it’s not an accurate description of him. Yet he would like nothing more than to play sports with his twin, Yanai, and his younger brother, Lior. Israeli filmmaker Uri Levi has given us an intimate video diary of Ron and his family. Ron’s parents, Eran and Hili, gave Levi unfettered access. The result is an intimate yet raw film. The jerking movements of the handheld camera convey this family’s challenges and uncertainties.

Eran and Hili are fiercely protective of their son, but their love for him comes at a price. As the couple argues over the best way to help Ron, their approaches to his care are heightened. Eran is more content with Ron’s progress than Hili. “I know many families with disabled children, and our story is by far the best,” he says. Hili challenges the status quo. She fights to mainstream Ron so he can attend the same school as his brothers. She researches the best children’s hospitals in the United States for Ron.

The family eventually travels to St. Louis, where Ron is operated on his legs and spine. The second half of the film takes place in Ron’s hospital room, where Eran and Hili must cope with Ron’s intense post-surgical pain. The experience further tests their strained relationship. Levi’s documentary shows us the ongoing reality of this family’s life. There is no sentimentality here, and he and his subjects hold nothing back. 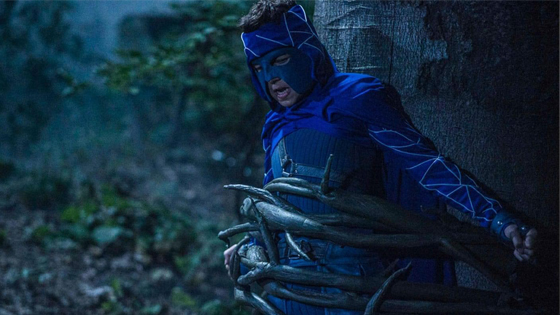 Closing the festival is Serbian director Raško Miljković’s first feature film, a charming and poignant tale showcasing the magical thinking of children. The film’s protagonists are 10-year-old Jovan, who has cerebral palsy, and Milica, his tough, daring classmate. Jovan is independent but chafes at having to go to physical therapy. He feels self-conscious enough about his gait that he arrives at school early so others can’t watch him walk down the hall. Milica is the new kid in school, and the same bullies who pick on Jovan try to harass her as well. But she is having none of it and fights them back.

As if things are not difficult enough for Milica, her parents are going through a divorce. Milica is convinced that her father’s new girlfriend, Svetlana, is an actual witch who has cast a spell on him. She rejects the fact that her father has fallen in love with another woman. “No one can fall in love twice,” Milica retorts. “It’s not natural.” From Milica’s perspective, there’s also nothing natural about Svetlana’s penchant for doing yoga, cooking with black salt and drinking herbal teas—things she’s convinced Svetlana uses to bewitch Milica’s father.

Milica and Jovan declare themselves to be “witch hunters.” They plot to reunite Milica’s parents by killing Svetlana with a hatpin. To emphasize the seriousness of their plot, Jovan wears his superhero costume. They have a grand adventure on a ride on a public bus—a first for Jovan—to get to the apartment Svetlana shares with Milica’s father. Things sweetly come together as Jovan acquires newfound freedom, Milica’s ideas about love evolve and Svetlana proves to be caring and understanding.

Coffee With Leah and Margie

Choose Your Own Adventure Seder

Free Coaching Available for Parents of Children With Disabilities

Don’t Let COVID-19 Stop You From Changing the World

We Support Teens and Teens Support the Community