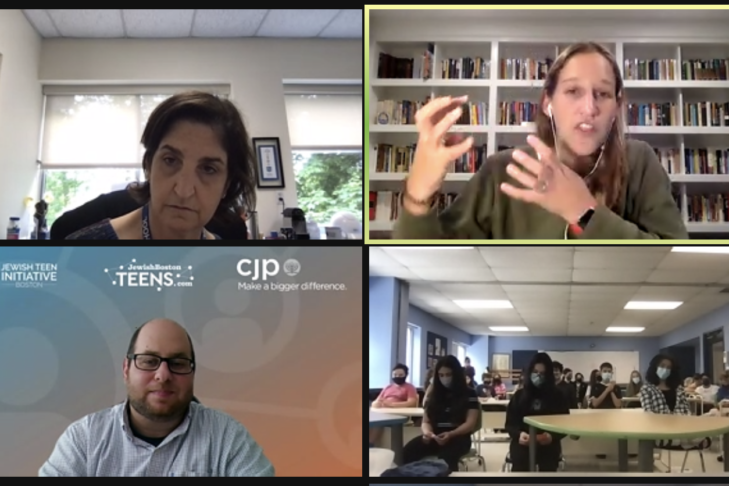 On June 3, after a wave of antisemitism hit the United States’ metaphorical shores following the recent tensions between Israel and Hamas, middle school students in grades 6-8 at Epstein Hillel School in Marblehead engaged in a Zoom conversation with Dr. Rachel Fish, scholar warrior, and Brett Lubarsky, director of the Jewish Teen Initiative at CJP, about the impact of social media on the spread of misinformation about Israel and the alarming rise in antisemitism.

Dr. Fish opened the conversation by likening the situation to an onion in which one needs to peel back many layers to fully grasp its complexity. In a place with religious significance to many, two differing narratives about history, and strong claims to land itself by both peoples, it’s no wonder that Israel is often portrayed in a negative light in the news and on social media. Dr. Fish gave the students an extensive background in how the state of Israel came to be, and the origins of the conflict itself.

Students were encouraged to share what they had seen or heard on social media or in the news. One student spoke about his family in Israel and was disturbed by the recent protests in Israel and in the United States. Another student saw that in a recent social media post, Israel was being referred to as an apartheid state. A third student shared that when she sees antisemitic posts online, she immediately reports them. Dr. Fish explained the history of apartheid and colonialism and provided insight into why these terms do not describe the history and current tensions between Israelis and Palestinian. Lubarsky also explained that the students must approach antisemitism through the lens of history and current events, and that this is just one step of creating resources in order for teens to be able to participate in a collective community conversation about this issue.

Knowing that social media preys on the stoking of emotional and politically charged stories, and also that there is no government oversight of social media and its news sources, Dr. Fish and Lubarsky gave the students frameworks and tools to help them respond to what they see and hear online. Additionally, students were encouraged to talk with parents and teachers for guidance. Dr. Fish discussed the concept of performative allyship and shared that most people come with good intentions but just limited background knowledge. She taught the students to ask questions like: Who is writing this? What facts do they use or not use? What conclusion are they trying to make? With these concepts in mind, students can understand the intention of the writer and thus decide which approach is best.

The conversation concluded with time for the students to process what they had learned. Lubarsky challenged the students to think about how they can work together with others when they disagree, find common ground and consider how they approach their discussions with others. They were encouraged to reach back out with follow-up questions, especially as students will likely continue to be faced with antisemitism online and in the news. 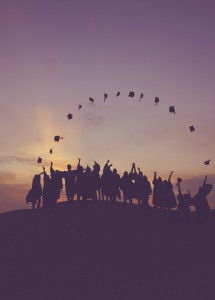 6/14/2021 Edit
What Should Kids Understand About Antisemitism?