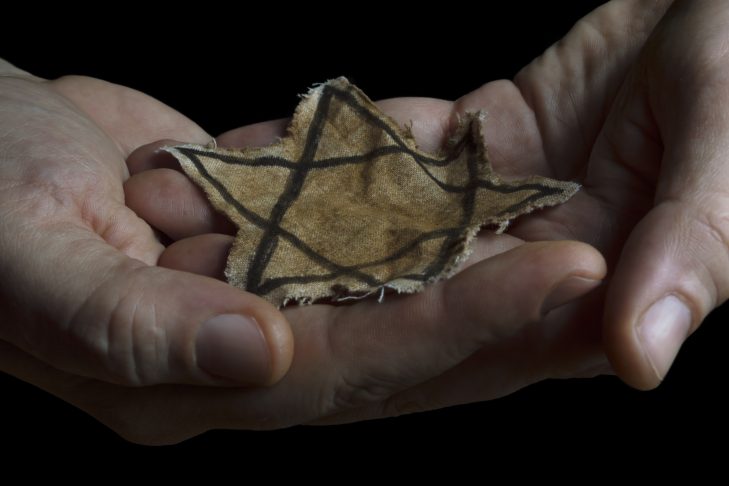 StandWithUs is proud to announce that it recently opened a Holocaust Education Center. The purpose of the center is to create a toolbox of user-friendly Holocaust education presentations and materials for public or private schools that have experienced Holocaust denial, lack of information or simply want to proactively teach their teen and/or young adult students about the organized persecution and murder of 6 million European Jews in the Holocaust.

The center’s presentations can be given by Matt Lebovic, who is the founding director of the StandWithUs Holocaust Education Center, a grandson of survivors and author of numerous Holocaust-related articles.

“Since our founding 20 years ago, we have watched a steady rise in antisemitic attacks around the world, which have included greater numbers of swastikas appearing on properties or institutions owned by Jews, and increasing numbers of incidents of Holocaust denial,” said Roz Rothstein, co-founder and CEO of StandWithUs and a daughter of Holocaust survivors.

“At a time of such low information about the Holocaust coupled with rising antisemitism, we were inspired to create presentations that educators can use to guide their students toward understanding the importance of being inclusive, and the importance of being careful with their words and deeds,” she continued. “We believe that Holocaust education is inseparable from the StandWithUs mission to combat all forms of antisemitism. We want to be more proactive about educating young people and ensuring that the lasting lessons of the Holocaust are applied.”

Said Matt Lebovic: “On Thursday, Jan. 27, the world will commemorate the Holocaust through International Holocaust Remembrance Day. As survivors and other eyewitnesses to the Holocaust leave us, we must learn to bear witness on our own, to make sure the world does not forget.”

The following presentations are available for booking:

“An Introduction to the Holocaust” (high school and college)
This introductory presentation gives a basic overview of the Holocaust, including the context and impact of European antisemitism.

“How the Holocaust Became a Mass Movement” (high school and college)
This presentation uses sociologist Eric Hoffer’s book, “The True Believer,” as a starting point to examine how mass movements evolve, and how societies can be poisoned to hate “the other,” even to the point of standing idly by while mass murder is committed.

“How Propaganda Fueled the Holocaust” (high school and college)
This presentation examines antisemitic Nazi propaganda during the 1930s and ’40s and how it prepared the society for mass murder.

“Understanding Kristallnacht as a Tipping Point To Genocide” (high school and college)
Germany’s “Kristallnacht” pogrom will be put into historical perspective in order to understand its impact on the Nazi psyche and the Holocaust.

“Windows Into the Holocaust” (middle school)
This lesson explores the Holocaust through photos that feature windows and mirrors to help students empathize with the victims of the Nazi genocide.

Screening of “Shepherd: The Story of a Jewish Dog” with the film’s writer-director (middle school or high school)
For a small fee, StandWithUs can organize a private showing of this award-winning film. The event will include a Q&A with director, producer and writer Lynn Roth. Told from the perspective of a German Shepherd dog that is ripped from his family and beloved 10-year-old owner, the film is a “soft” yet riveting introduction to the Holocaust.

To learn more about booking a presentation, please contact Matt Lebovic, director of the StandWithUs Holocaust Education Center, at matthewl@standwithus.com. 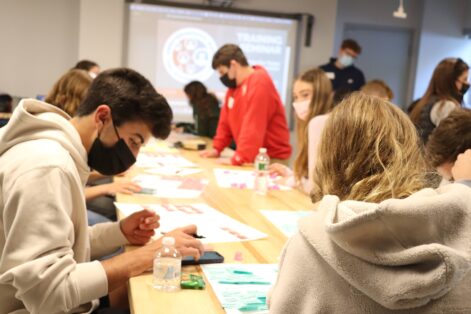