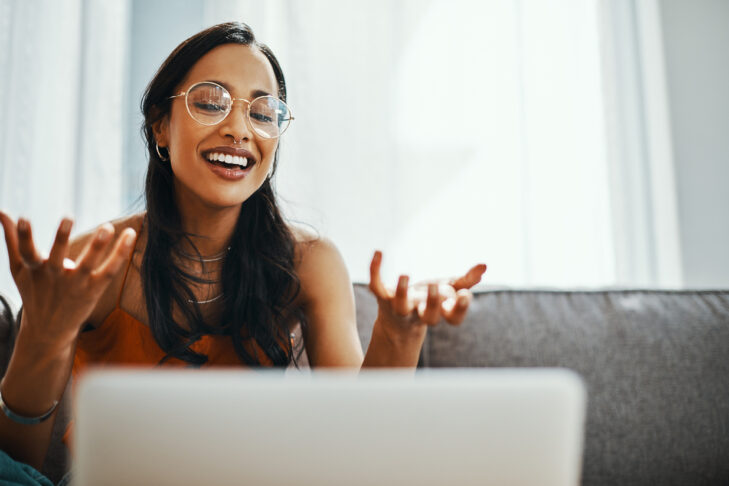 High school and college students had the opportunity to hear from their peers about how they are confronting antisemitism in communities around New England at a webinar on April 28 organized by StandWithUs New England. The student panel featured StandWithUs Kenneth Leventhal High School Interns Jordan Chastanet, a senior at Algonquin Regional High School, and Emily Rubenstein, a junior at Sharon High School, as well as StandWithUs Emerson Fellows Noam Borensztajn, a junior at UMass Amherst, and Sam Russo, a sophomore at Tufts University.

Each panelist began by sharing what it is like to be a Jewish student in their schools and communities. Noam and Sam expressed the challenges they often face on campus being accepted for their Jewish and pro-Israel identities. Jordan articulated that sharing her Jewish identity at her school is accepted, and she became an intern to spread awareness about antisemitism and about the Jewish community. Emily explained that in her community, many teens do not realize that Jews are a minority in the world.

The students emphasized the need to spread awareness about what it means to be Jewish and revealed actions they took to combat antisemitism at their schools. They underscored the importance of community when dealing with hate and encouraged those watching to take action when antisemitic incidents occur.

As the webinar concluded, each panelist gave a message of hope to inspire the attendees:

“I think that it’s really easy to focus on the bad stuff…it’s important to recognize that…. It’s [also] important to look around and see all the progress we are making…seeing the people who care should give you hope for the future.”
—Emily Rubenstein

“The Jewish community is one of the strongest communities…embrace it…we are all here for you.”
—Jordan Chastanet

“Despite all the bad…there is a robust Jewish life on most campuses…it’s really, really important to remember that’s happening.”
—Sam Russo

“This isn’t the first time Jews have seen [antisemitism]; it won’t be the last time…we have such an amazing tradition of carrying on…that’s not stopping anytime soon.”
—Noam Borensztajn

Avi Posnick, regional director of StandWithUs Northeast & New England, stated, “We are so proud of these students who are true leaders in their support for Israel and the Jewish people.”

The webinar was the sixth and final of the Antisemitism Training Speaker Series, which aimed to educate high school and college students about antisemitism, the Holocaust and where legitimate criticism of Israel and Zionism crosses the line into antisemitism. StandWithUs New England high school coordinator Stephanie Margolis and campus coordinator Eliza Kanner hosted the talk.