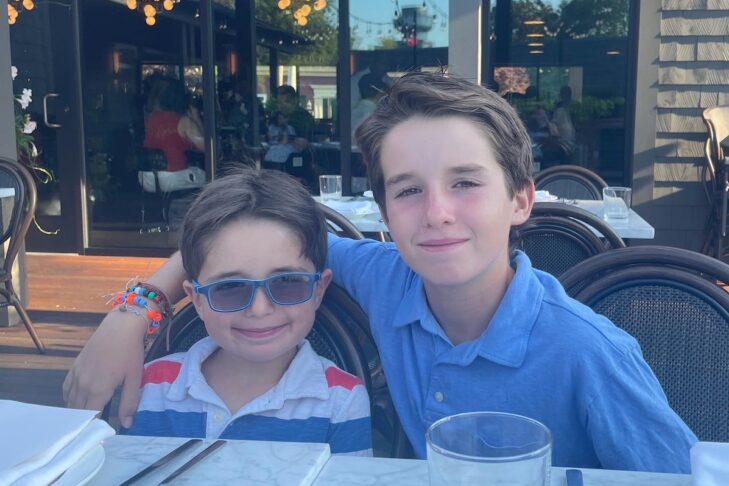 My kids started school last week. Both of them went to completely new buildings—my 5-year-old is now in kindergarten, while my older one just started sixth grade across town. I thought I’d ask them what was on their minds. I put it to them as though we were sitting down for a formal interview (I might have even offered a stipend).

Usually, when I try to ask them about their day, I get one-word answers. I figured this tactic would give me a better peek into their psyches. And, indeed, both boys took our talk very seriously. They thought hard before answering. And, the truth is, it seems I’m more worried about what they’re worried about than they are. If you’re having trouble extracting information from your own kids, might I recommend this approach?

What concerns you the most about the state of the world?

That someday I’m not going to be a kid, and I’ll have more responsibilities.

Is there anything on the news that scares you?

I don’t really see the news. I get my information from school, “The Week” and my parents.

Probably climate change: I think it’s sad because I like polar bears, and there are so many animals that could go extinct. We’re hurting the environment. To change it, I’m not going to use a car as often and I’ll try not to use the wash too often. Basically, if there’s a choice that I can make, I’ll make it.

What do you wish adults understood about kids?

We know what we’re doing and don’t need to be reminded as much as we are.

Probably COVID. It felt so different; it still feels different. It’s not fully the same; we’re still wearing a mask sometimes and always worrying about protecting other people. And I still feel like I’m home a bit more.

Do you worry about school shootings?

No. I’m pretty sure where I live is pretty safe.

When you feel anxious or scared, how do you cope?

I haven’t figured it out yet. I really need advice.

Being alone; not having a plan.

Do kids today have it easier or harder than kids when I was growing up?

Probably easier, thanks to technology.

What advice would you give a kid who’s completely new to Earth?

Don’t conform. Be yourself. I will try my best to help be an up-stander.

Do you believe in God?

I’m not totally sure yet. 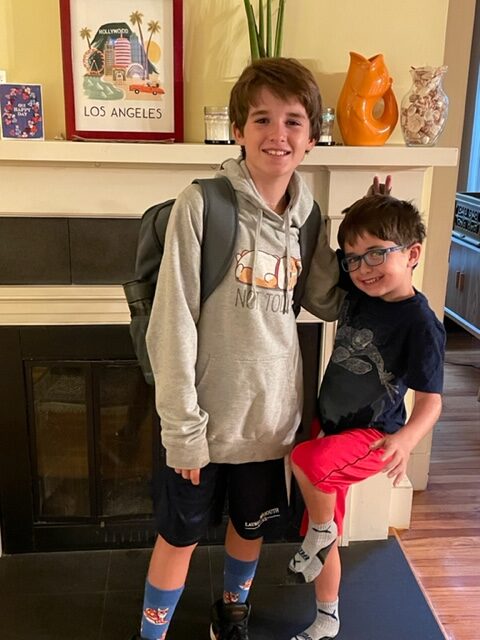 What concerns you the most?

I worry about having to go away from my parents and that I’ll get lost.

Is there anything on the news that scares you?

Watching people run away from things.

At the beach, I’ll throw away garbage to clean it up.

What do you wish adults understood about kids?

When kids grow up, they will really be very nice.

Kids are worried about scary things like the first day of school. They worry about not meeting people who they know.

Do you worry about people getting hurt at school?

I worry about people bumping their head, but I’d tell a teacher and help them.

When you feel anxious or scared, how do you cope?

I go to my parents or else I just run around until I forget about it.

What is your biggest fear?

Going to China because it would take so long. But there will be dim sum, probably.

Do kids today have it easier or harder than kids when I was growing up a long time ago?

Easier. We’ve made better stuff for kids, like different toys.

What advice would you give a kid?

That, as long as you have parents, you’ll be OK.

Do you believe in God?

Yes. I just do! I believe he’s out there, somewhere, but I can’t quite get to him.

Kara Baskin
Kara Baskin is the parenting writer for JewishBoston.com. She is also a regular contributor to The Boston Globe and a contributing editor at Boston Magazine. She has worked for New York Magazine and The New Republic, and helped to launch the now-defunct Jewish Rock and Roll Hall of Fame. Email her at kara@jewishboston.com.
Edit
Open House for High School Students