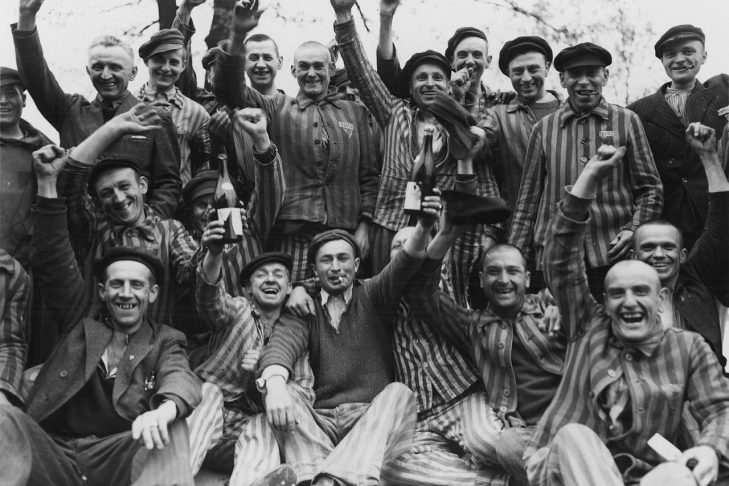 The University of Southern California (USC) Shoah Foundation and Genesis Philanthropy Group (GPG) are inviting you to participate in online testing of their cutting-edge educational project, “Dimensions in Testimony,” with interviews in Russian.

In 2010, USC Shoah Foundation developed a new program, “Dimensions in Testimony,” which establishes a collection of interactive interviews that enables viewers to ask questions of the survivor and hear responses in real-time, lifelike conversation. During the last five years, interactive biographies of Holocaust survivors became one of the most visited and attractive installations and educational programs in several prominent museums.

In 2019, the USC Shoah Foundation with the support of the GPG filmed the first two interactive interviews in the Russian language with Holocaust survivor Asia Shindelman and Soviet Jewish World War II veteran Leonid Rozenberg. Both interviews present their personal stories in the context of the history of the 20th century, particularly World War II and the Holocaust, and give the audience a possibility to ask their own questions.

Currently, the interactive interviews in the Russian language are in the phase of beta-testing. Usually, testing is organized at a museum, but because of the pandemic, the USC Shoah Foundation is looking for schools, museums, community centers and other institutions that would be interested in the unique chance to test the prototypes of the first interactive biographies in Russian. Since they need to train their interactive systems to understand different pronunciations, dialects and accents, non-native or heritage Russian speakers are very welcome as well.

For online testing, we will use the USC Shoah Foundation’s educational platform IWitness, accessible for anyone with an internet connection. Participants will be able to interact with the interactive biographies in an independent and asynchronous way, guided by detailed instructions through several activities.

The project is independent and you’ll be getting up to 10 community hours upon completion, along with a certificate in software testing participation from USC.

An information session, along with a key code and unique login for every participant, will be held on March 9 at 8:30 p.m. in Russian, and on March 11 at 7 p.m. in English.

All participants must be at least 12 years old; teens, youth, young adults, parents—everyone is welcome and included. The project is completely free, but you need to register for a session to receive your key.

Filed Under:
Edit
Beyond Zoom-Mitzvah: A Webinar for Clergy
Single-DayOnline