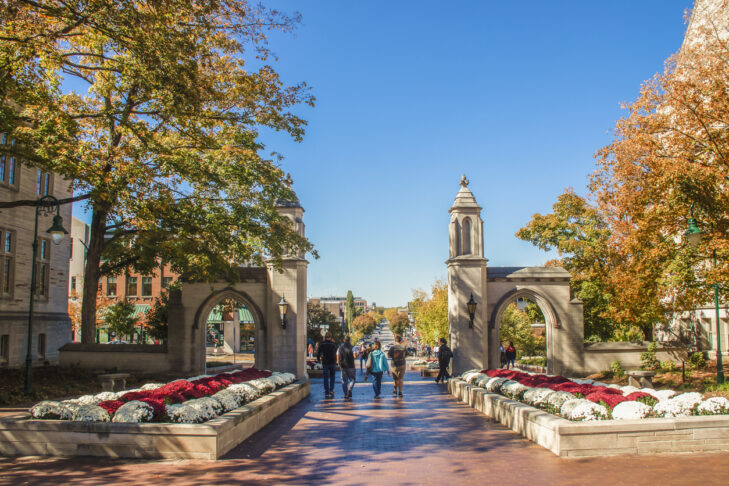 For high school seniors across the country, the process of applying to college is a complex and daunting one. While many students have ample support in-place to enable them to fulfill their dreams, many other students do not. For those students—many of whom are first generation Americans, are from low income families, or perhaps have a history of either personal or familial adversity—the notion of applying to college may seem to be an impossibility.

Jewish Big Brothers Big Sisters (JBBBS) serves children of all religions, races, and ethnicities by creating relationships that pair 6-18 year olds (Littles) with mentors (Bigs) from the community to provide supplemental support. Many children who enter the program are growing up juggling a diverse array of challenges—anything from poverty, to parental loss, immigration issues, learning differences, social isolation or mental health struggles. Historically, upon reaching their 18th birthday, most children age out of the JBBBS program, thereby losing the mentorship. This timing presents a challenge. These youth are graduating high school and entering a time of significant transition without the supplemental individualized support they have previously gotten.

The value of a one-on one-relationship with a mentor is immeasurable.  In the creation, support, and observation of these relationships, the JBBBS board of directors and staff, along with the focused support of clinical program director Laura Shulman Brochstein and director of college mentoring and senior clinical match specialist Jenny George, recognized the need for continued mentorship beyond the high school experience. With tremendous support from the larger JBBBS team, Shulman Brochstein and George worked together to identify the core needs of these students, many ages 18+.

Although JBBBS had long offered scholarship opportunities, a pattern of attrition among the students who had aged out of the program emerged: their relationships with their Bigs ended, and so, too, did their ability to manage the complex practicalities, social-emotional stressors, and ongoing financial requirements of staying in college. This observation led to conversations, conversations led to innovation, and innovation led to creating The College Mentoring Program. Just one year into its inception, it has already proven to be an incredible opportunity for students involved with JBBBS.

The mission of The College Mentoring Program is to guide and support students from the application process through the early years of college by establishing a firm path to graduation and career success. This September, the first students in the program embarked on their first year of college. JBBBS is thrilled with the success of the students who have matriculated and are thriving as college first-years.

In 2021, Nancy L., who is raising her five teenage grandchildren on her own, reached out to JBBBS to secure a Big for her granddaughter. During the time that her granddaughter was paired with a Big, Nancy would often chat with George about the challenges of not only her granddaughter, but the other four grandchildren. Among the conversations was Nancy’s concerns for the oldest, Christian. A high school senior with dreams of attending college, both he and Nancy were overwhelmed with the college application process. They had no idea where to begin.

“I knew that the college process was bigger than I was able to take on,” Nancy said. “As the sole guardian of four younger children, I knew that even visiting colleges would have been impossibility. But I wanted my Christian to have a fighting chance.”

By this time, JBBBS was well aware of the gap in support for those hoping to attend college. Already in the process of applying for a grant from the Cummings Foundation, they were also in the beginning stages of a relationship with Campus Bound, based in Needham, MA. Campus Bound offers assistance with everything from the college search, applications, and essay part of the process as well as lending expertise in financial aid.

According to Campus Bound’s founder and president, Gregg Cohen, his company’s relationship with JBBBS was born from a “favor” he did for a friend’s niece who had a complicated financial issue that could have prevented her from being able to attend college. With experience and expertise, Cohen was able to secure an impressive financial aid package, enabling the young woman to attend college with a greatly reduced financial burden. From this experience, Cohen knew that he wanted to share the benefits of his company with other students who would not otherwise have the same level of support. At the suggestion of his cousin, who was already involved with JBBBS, introductions were made and a partnership was born.

“It is incredibly gratifying to help students who don’t normally get this level of support, to open their eyes to schools they might never have considered, and to unpack the financial awards available to make the school affordable,” said George. “I know that if one doesn’t have the support and has little guidance, the opportunity can be lost. This is a labor of love that I have been fortunate enough to share with deserving children.”

Since 2012, David O. has volunteered as a Big for JBBBS. Initially, he was paired with his first Little through the Newton Public Schools. When funding for that program was cut, David knew the importance of continuing the relationship and approached JBBBS for support. When his Little turned 18 and joined the military, the match graduated from  the program. David asked George to create another match. A former high school teacher, David had a special affinity for and connection with high school juniors and seniors. With this in mind, George knew he would be the perfect mentor for Christian, the first mentee in The College Mentoring Program. David readily signed on.

In the year leading up to Christian’s high school graduation, he and David met every week or two after school. At each meeting, they would work together doing everything from identifying appropriate schools, discussing a major, essay writing, filling out the applications, and taking drives to visit schools. David even coached Christian through developing a resume, practicing interview skills, and helped him identify his first summer job. In September, 2022, Christian began his freshman year at UMass Amherst—one of the seven schools to which he applied and was accepted.

“Emotionally it is incredibly satisfying to work with a child to face and conquer circumstances that are overwhelming,” David shared. “Christian’s needs and capabilities were great. I saw my role as a supplement to parenting, guidance, and processing his thoughts and needs—both emotional and practical. I never felt overwhelmed or that I was flying solo. The support from JBBBS played a huge role in our success.”

While there are other similar programs available to students, what sets JBBBS’s College Mentoring Program apart from others is that the students they serve are not the highest achievers, rather they are, to a person, faced with a set of challenges significant enough to curtail their ability to attend college. Currently, there are 16 students in the program, all of whom are matched with mentors who are working alongside JBBBS and Campus Bound to attain the opportunity to not only attend, but thrive, at college.

The relationship between mentor and mentee begins when the students are high school juniors and continues—at a minimum—through their first successful year of college. While each of these emerging adults have their own unique stories, all have some degree of financial insecurity, many are first generation, many are of color, and some have experienced parental loss, been in the foster care system, or struggle with learning differences or mental health challenges. During the inaugural year of the program families served have hailed from Senegal, Peru, Haiti, Puerto Rico, Guatemala, and Syria. To a person, they need and deserve support to realize their dreams of higher education.

JBBBS is thrilled with the initial successes of the program and invites you to consider getting involved. There are many deserving students in need of encouragement and support to earn the opportunity to attend college, but need a mentor to make it all happen. Due to grant restrictions, the program is currently capped at 20 deserving students. If you are interested in becoming a Mentor, or know of a student in need, please contact Tania Gray at Tania@JBBBS.org. 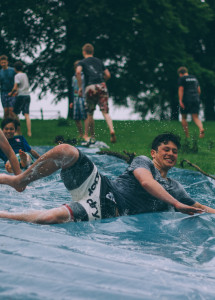